And I thought slash was something you did with a knife...

I used to think I was pretty astute about popular culture. I don’t like being out of the loop. If there’s something going on I want to know about it.


This started out with a simple question. I wanted to know the name of the actor who plays the angel Castiel on Supernatural, who dragged the character Dean out of hell, and who shows up regularly to keep him on the right course. He’s a rather pretty angel. Anyway, I found out it is Misha Collins, but that in turn somehow – I don’t remember how now – led me all over the Internet.

I had never heard of slash fandom. I knew people hung out on fan sites going over every blessed detail of their idol’s life and swooning over this, that and the other. It reminds me of being a teenager and huddling with your best friends giggling and sighing over the latest cute celebrity.

I didn’t know that people were writing and posting speculative fiction about romances between male characters in TV shows. And they’re creating videos and still images as well. Castiel and Dean have inspired m 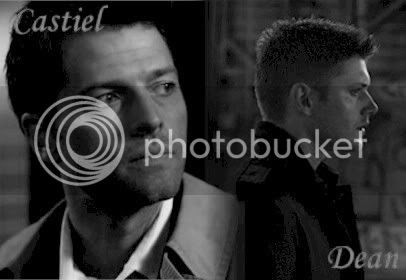 ultitudes to spin romances about them.

I was truly annoyed that this had not occurred to me first.

I mean, I’ve been well-trained at spotting a homoerotic subtext. That began in high school reading Moby Dick, which, despite being homoerotic (Or homosocial, I think the teacher said, but whatev. A book that describes a whale’s penis in great detail has something going on), was extremely boring. I was fascinated with gay culture in any case. Brideshead Revisited, Another Country, A Month in the Country, Prick Up Your Ears, Maurice, If, Bronski Beat, the Smiths. I think I horrified one of my high school friends when I told her I wished I were a gay man. I meant it, too, even though the AIDS epidemic was at its height. Looking back, I imagine I thought that if I had to have sex with a man, it would be better if I came at it from a position of equality. Men seemed to have all the fun, and they didn’t have to worry about getting pregnant. They had to worry about dying, but I was dealing in fantasy, after all. I was less than eager to lose my virginity, so this must have been a form of sublimation. The possibility of sex with a woman wasn’t even on my radar, then.

Anygay, I’ve wasted a good few hours wandering around in the slash world, a world that would have been limited by locale if it existed at all when I was a kid. And now anyone can circulate their writing and create videos with international access, all about a topic that was just beginning to be broached in my teen years. Heaven knows there’s still a lot of prejudice, but sometimes I’m just floored that there are gay characters on TV. That was unheard of when I was young. And actors had to be very skittish. You didn’t want to play a gay character (and you most certainly didn’t want to have to do anything physical), and you wouldn’t want someone to think you were queer in real life. You would not, for example, have seen a straight actor do the following, and be cheered on for playing a merry prank:

(If you feel the need to see a clearer, more polished version - and who could blame you - click here.)

Everyone loved it, and the actor was very obviously playing to the audience. Of course, it sounds as if they are a lot of women, as no doubt there would be. For some reason women also write most of the slash fiction. Why, I don’t know. Perhaps I was not alone in my fascination with gay men.

Not discounting ongoing prejudice, if we have come so far in my lifetime, what next, I wonder?

In any case, I won’t be able to watch Supernatural the same way again.